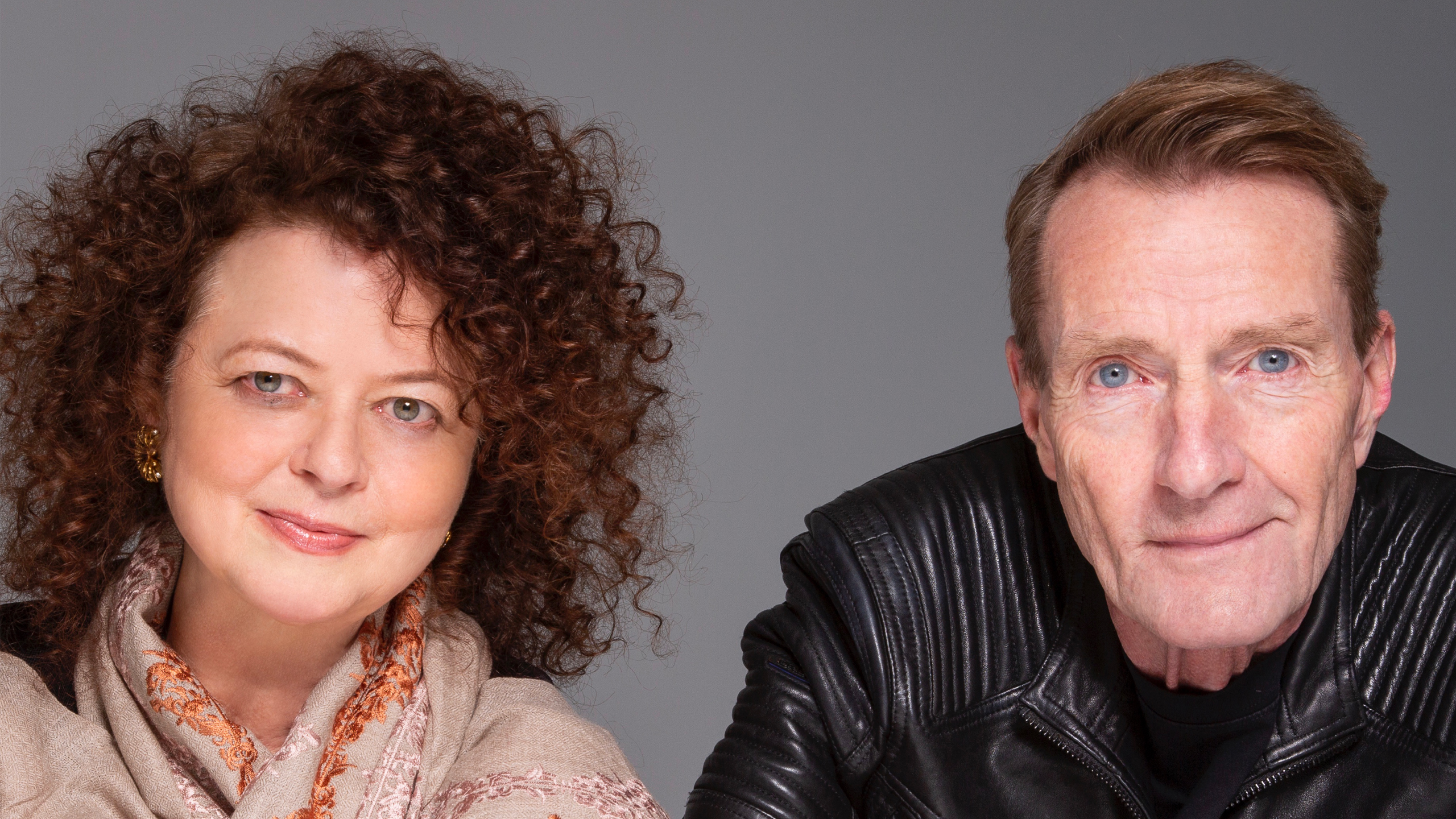 ‘Reacher is me,’ Lee said. ‘It’s all autobiographical. I just toned down the violence to make it more plausible.’

This isn’t a privileged insight or biographer exclusive. It was a line the one-time television executive and sound and lighting technician had offered up regularly since the day he resolved to step out from behind the curtain and into the limelight. He’d always worked in entertainment, and saw writing as no more than a variation on the theme. He abhorred pomposity and pretension.

Never mind the telegraphed absurdity. There was more truth than falsehood in his words. Lee had introduced a few helpful clues to telling author and character apart, like the fact that Reacher had given up smoking and didn’t drive, and didn’t own a string of houses or have a Renoir on the wall, but the way I saw it, Lee Child shared many of Reacher’s character traits; it was his behaviour that (mostly) differed. Even then, Reacher merely enacted the behaviours that a civilised society would not allow Jim Grant to indulge. He’d sketched out plenty of revenge scenarios on the commute between Manchester and Kirkby Lonsdale during the long-drawn-out endgame before he was sacked from Granada Television. They were detailed sketches, too, right down to the place and the method and the means.

I’d first encountered the name ‘Lee Child’ on book covers; in those days, Reacher was more real to me than the man who created him. But when I met Lee Child he seemed real enough. I was sitting next to him at dinner at the old Union Square Café in Manhattan, and he was recovering from a trip to the dentist. He ate ravioli and lobster and profiteroles for dessert. Somewhere in the recesses of my mind I knew ‘Lee Child’ was a pseudonym, but the bestselling author had long since grown into his fictional persona. So it came as a shock, mid-way through the biographical process, to meet in real life someone who, not so long before and well into the Lee Child era, had been on a cruise with ‘Jim and Jane Grant’. Then Lee’s agent Darley Anderson recounted how he’d discovered the existence of James Grant only after Lee had already been published, when it came to booking flights for a tour, and how it caused a flurry of anxiety in the office. Who was this mysterious James Grant? Had Lee done away with him and stolen his identity?

It was the inverse of what had happened in Kirkby Lonsdale. On 7 December 1995 Jim Grant was at The Pheasant Inn (in neighbouring Casterton) with his wife and a couple of neighbours, regulars at the weekly quiz night, when the publican suddenly announced: ‘There’s a call for a Lee Child.’ Blank faces all round. Who was this Lee Child? No one knew. Then Jim stood up and walked to the phone. It was Darley, ringing to say that an offer had come in from New York’s G. P. Putnam & Sons, for ‘Bad Luck and Trouble’ (as Killing Floor was then named) and a follow-up book. Jim was the quiet one, the retired publican told me, when I interviewed him twenty-three years later, the team scribe, who habitually wore a green sweater, had unfortunate left-leaning views, and ‘didn’t spill himself all over the place’.

It was through interviews that I got to know Jim Grant. Well enough that like Lee himself, I could use the name fluently without feeling phoney.

‘He was a consummate liar,’ boyhood friend Nigel told me, describing how, as a notorious prankster, Jim could invariably talk his way out of trouble. He had ‘a fascination with gruesome things, and when I read his first book and someone had his balls cut off and shoved in someone else’s mouth I recognised it as a story he’d told me at school’. Andy was Jim’s best mate in Sixth Form. When Reacher got into a fight, Andy’s first thought was, ‘this is Jim standing up to the school bully’. There was a sadness about Jim, he told me. ‘I saw it in his eyes. This guy’s been damaged in his childhood and taken on the world.’ Jim was unusually sensitive, his English teacher said, ‘to his surroundings, to his situation, to the people in the room’. Alison, his barn-dance date aged thirteen, thought the qualities Jim didn’t like about his father and older brother – their cold self-containment and their inability to express emotion – were the very things he was fighting against in himself. ‘He was fighting against that internally the whole time.’

Real people brought the human touch to my life of Lee Child. Lee was surprised when he read their words, and obscurely reassured; it moved him to see how, without the issues ever having been openly discussed, others had empathised with his troubled teenage self. How his peers had understood him, how they hadn’t forgotten, and how they had cared.

First page of typescript submission – first page of Killing Floor as it was sent out to his literary agent, Darley Anderson.

Lee was frank about becoming a writer in search of the love and approval he’d felt deprived of as a child. But it was one thing being told this dispassionately, from the cool vantage point of success, and another glimpsing the harsh reality of it in the incidental detail of conversation. Photos were often the trigger. The boy first from left, Lee said, was held up by his parents as a role model of diligence and good behaviour, in contrast to his own paltry efforts, ‘until I got into King Edward’s and he only Handsworth Grammar’ (note that distinctive, classically correct turn of phrase). That same boy’s brother, held to be ‘dumb’, went to technical school but became a big-shot engineer, while the grammar-school guy amounted to ‘nothing at all’. Even as a grown man, the undisputed king of thriller writers, Lee Child still saw himself through his parents’ disapproving eyes. Like Philip Larkin said, ‘They fuck you up, your mum and dad.’

Part of me wondered whether Lee, a natural and highly practised storyteller, was exaggerating when he described his father as emotionless and withholding and his mother as mean, malicious and a monster of martyrdom. Which is where the treasure trove of the archive comes in. Jim’s father had written regularly.  Looking ahead to the publication of his second son’s first book, the dour Christian Scientist excitedly signs off ‘John Child’. He may question whether or not Reacher is a communicant, but pride shines through in the Lee Child interviews he translates from Italian magazines that he stumbles across on holiday. Jim’s mother, on the other hand, writes infrequently, on one occasion tempering her stiff and meagre congratulations with the sour observation that no one seemed to appreciate her own achievements ‘to quite the same extent’. To their dying day, both parents will resolutely address him as James, but envelopes addressed by John Grant are scrupulous in tracking his son’s growing list of awards, from James Grant, LLB, Esq. through to Prof. James D. Grant. John died in 2016 – how he would have loved, in his increasingly shaky hand, to write the words: James Dover Grant, CBE!

Letters from family members were few and far between. But there were box-loads of fan mail. It was in sifting through these that I understood the opprobrium endured by Lee on account of his dalliance with Tom Cruise, and grasped the utter impossibility of him ever being free to kill Reacher off – unless he wanted blood on his hands.

It was in 2018 that Lee Child bequeathed twenty-two boxes of assorted papers to the British Archive for Contemporary Writing. With one eye on retirement, he was putting his house in order. But this wasn’t the first time someone had asked, and his choice of institution wasn’t random. Lee had collaborated with the University of East Anglia on their annual crime writing festival and highly respected MA in Creative Writing; he liked the way the university embraced both literary and genre fiction with equal seriousness, and was glad that, rather than being left to moulder away in a back room, his manuscripts would be wheeled out for consultation by actual students. The university’s interest went beyond mere acquisitive desire or a strategic move in the philanthropy game.

List of chapters for Killing Floor at drafting stage.

I went to the archive in search of specific things I knew I would find there: notably, the handwritten first draft of Killing Floor. But I was at least as excited about all the potential things I knew I didn’t know about. The obsessive planning notes around that first draft and what they revealed about Lee’s process and character; the near-miss of the second Reacher novel; the difficult-to-decipher fax detailing the moment at which he switched (American) publisher; the massive machinery of the publishing industry that was mobilised to market his books. Documentary evidence served to confirm and contest what I had been told in interviews; it helped to join up the dots and fill in the gaps.

Ostensibly, it is the job of a biographer to separate fact from fiction. And I knew that, subject to the vagaries of memory, Lee was committed to honesty in our conversations – it was part of the biographical contract. But however rigorously grounded in research, biography is still a form of story-telling, drawing on the same narrative techniques as fiction. Lee never plotted his thrillers in advance. He started out with a good first sentence and followed where it led; structure was a retrospective delusion in the mind of the reader. He wrote his books as life is lived.

Jean-Paul Sartre argued that you have to choose whether to live or to narrate. For Lee there was no real distinction. ‘It didn’t matter whether or not you believed his yarns,’ confided a colleague from Granada. ‘You held him in affection, and anyway, they were good stories. I think Jim’s attitude was, if I say something about myself it becomes true because I’ve said it.’ In reinventing himself as Lee Child, James Dover Grant CBE was living proof of the biographical illusion: his greatest fiction was himself.

Heather Martin’s The Reacher Guy: The Authorised Biography of Lee Child is out now from Constable at Little, Brown.