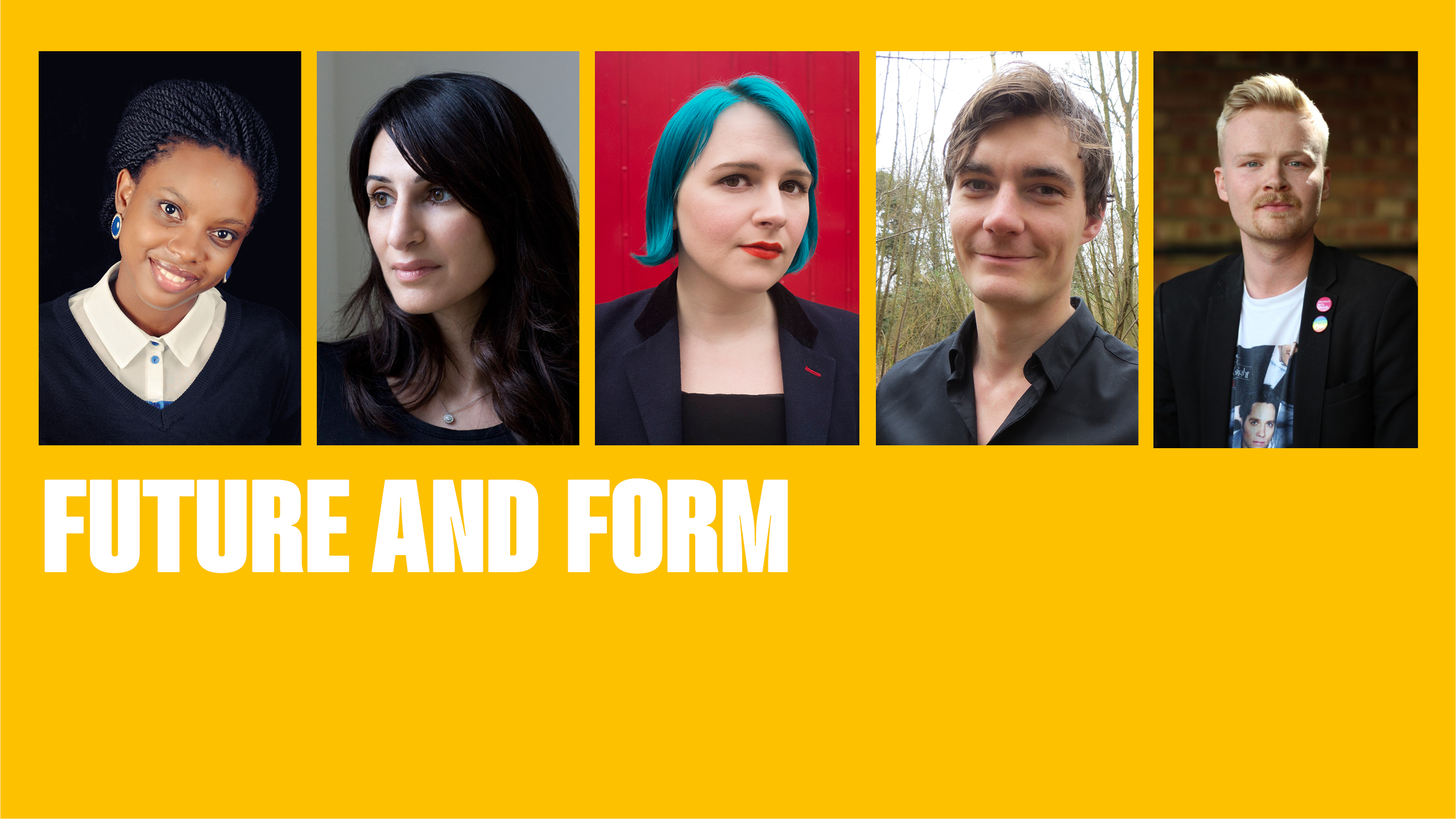 The arrival of spring and the clocks changing typically announce a time of year when our thoughts turn to the question of what lies ahead. But this year you would be forgiven for feeling that the future is a slightly murky concept. The future has become increasingly difficult to grasp ­­— there is a collective sense that our futures are looming large over our heads, sitting at some far-off point in the distance, with our present so strangely stationary. Yet in this present, certain truths have come to light. Both the use of technology and the sale of physical books — once thought to be relegated to the realm of the kindle — have soared. Which is why, from this peculiar and turbulent vantage point we all find ourselves in, ‘Future and Form’ resonates with the current suspension in which we live. Semi-frozen in the present, looking to the past, with a future both unknown and nearly-tangible — sat just beyond on our reach.

The project, supported by Arts Council England, part of UEA Live’s celebration of 50 years of its Creative Writing programme, looks ahead to the next 50 years and asks what the future has in store for literature in the digital age. In response to this question, 6 writers: Ayòbámi Adébáyò, Mona Arshi, Tash Aw, Imogen Hermes Gowar, Mitch Johnson, and James McDermott—all UEA Creative Writing alumni—have been tasked with the challenge to create a series of innovative and interactive works which explore the interface between writing and technology. Each writer has been paired up with creative digital technologists, members of the UEA faculty, as well as cultural and educational organisations across East Anglia, including Norwich Theatre, Norfolk Wildlife Trust and the National Centre for Writing. While most of these projects are still in process—the hope being that many of them will be showcased as part of the Norfolk and Norwich Festival in May—this event was a teaser, giving audiences a sense of how the finished products might look, and sound, in the forthcoming months. 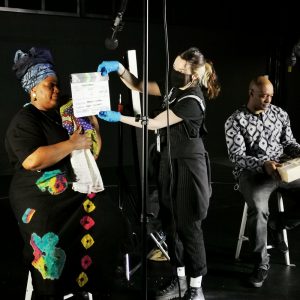 In considering the prospect of the future, it is striking that many of the writers in ‘Future and Form’ have also turned their focus back into the past. As if the act of looking forwards is inextricably bound up with the urge to look backwards. The projects described by novelists Ayòbámi Adébáyò and Imogen Hermes Gowar are both preoccupied with this backward glance. Adébáyò’s work ‘Provenance’ centres around a sacred object, known as Ibeji amongst the Yoruba of southwest Nigeria. Her piece provides an alternative provenance for the object, challenging what audiences might typically see detailed on a museum caption. This work follows the more intimate story of a family’s history, moving from Nigeria in the 1800s to present-day Norwich. Each section of the work will be narrated on a triptych of screens, with an actor present too. The overarching story of history, Adébáyò’s work seems to intriguingly imply, is punctuated with gaps. History is as much about the stories it neglects to tell as those it does. Her work seeks to expose these counter-narratives, which have been pushed down beneath the surface. 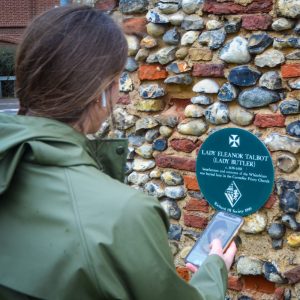 In Gowar’s offering, too, the past bubbles up through the surface of the present day. ‘Eleanor’, written in collaboration with the Norwich Castle Museum, is a story which has been exhumed from the very bones of the body of Lady Eleanor Talbot. The project is, in part, a response to the human remains recently acquired by the museum and believed to be those of Lady Talbot — whose story history has overlooked. She was the daughter of the Earl of Shrewsbury and was alleged to have had a secret marriage to King Edward IV. If this had been the case, then our understanding of the course of history would be dramatically shaken. This question — who this forgotten woman was — is central to Gower’s project. Audiences will be invited to follow a guided immersive journey around Norwich, played through a mobile device, which incorporates elements of audio and sound where Eleanor tells different versions of her story. In both Gowar’s and Adébáyò’s works, digital technology has been harnessed to resurrect these fictionalised narratives. It has enabled each writer to present the multiple and various ‘fighting truths’, as Gowar puts it, of these buried and neglected lives. Such multiplicity would be difficult to recreate on the page, and Gowar talks engagingly about how the process has illuminated the restriction of the writer’s codex notebook. Both of these works speak with a haunting beauty to the strange multiplicity of the present moment. The way in which the future sits alongside the past and the present, all seeming to co-exist simultaneously within the same four walls which so many of us have been confined to. 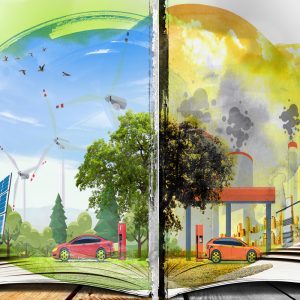 Yet alongside the innovation and promise of these works, there is also a palpable anxiety surrounding the future. In children’s author Mitch Johnson’s youth-focused piece ‘The Living Book’, school children were asked to envisage what the world might look like in the future. They were given two choices: to look forward to the future as an age of great potential and green regeneration, or — in a slightly more foreboding vein — as a time of ruin and destruction at the hands of climate change. While the idea of our futures signposted between the path of hope and that of despair may appear stark, even bleak, to some, this starkness is nonetheless entirely appropriate to the discussions we are currently having as to what a post-Covid world might look like. 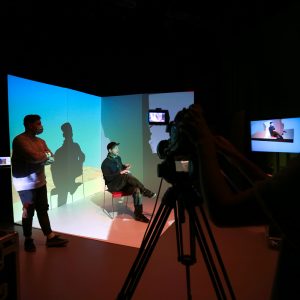 Similarly, poet and playwright James McDermott’s play ‘Senseless’ explores the frightening prospect of a global emergency which, in an eerie twist of fate, seems to echo our current circumstances. The play imagines a world where a digital virus has taken hold, stopping people from being able to communicate or express themselves. The challenge this project poses to the playwright is not lost on McDermott. He speaks of the difficultly of writing a play for the digital sphere, set in an imagined age where people cannot be in contact, and yet also performed in the midst of a time where audiences are not physically able to come together in the space of the theatre — one can’t help but wonder how these competing strands play out in the final piece. 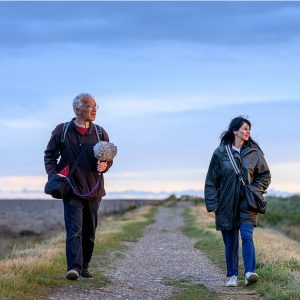 The precarious nature of the future, then, is an issue which comes up again and again in these works. This is particularly the case in poet Mona Arshi’s work ‘Shifting Lines’. Her project is situated in the landscape of the wildlife sanctuary at Cley in North Norfolk. Arshi speaks of this transforming and eroding scenery as having a ‘fragility’, yet this fragility is also counterbalanced by the resilience of the species which have survived there. The encounter between the fragile and the resilient seems to have also been absorbed into the interplay between the lyric poem—also described by Arshi as ‘fragile’—and the technology used to capture the sounds of the landscape. Arshi speaks of being alert to the potential ways in which the poem sits within and alongside the technical aspects of the project, without subsequently being overwhelmed by it. The result is a series of soundscapes which explore the delicate balance of these relationships. We were given a preview of this installation, the audience are able to hear fragments of Arshi’s poems read over a series of sounds which, to my ear, shifted between the sounds of the natural world — footsteps across shingle, water bubbling, and those of the artificial — the crackling of an old TV set. Part of the piece’s power came from the way in which these natural and artificial sounds complemented and, at times, jarred with the poems. The poems themselves are artfully poised within these conflicting tensions, adapting and changing in a ‘creaturely’ manner, as Arshi articulated it, in the space between.

Ultimately, many of these works seemed to muse on what it means to be human, in a natural and digital world which is rapidly changing, expanding, and eroding. This idea of change provided the closing note in the evening’s proceedings. Change is on the horizon for all of us and change — for these writers — means adaption. While technology, unquestionably, provides exciting freedoms and innovations for all the writers on the panel — another tool in the writer’s armoury, there is also something of enduring importance, as McDermott reminds us, about sitting in a dark theatre amongst strangers, with our phones switched off.